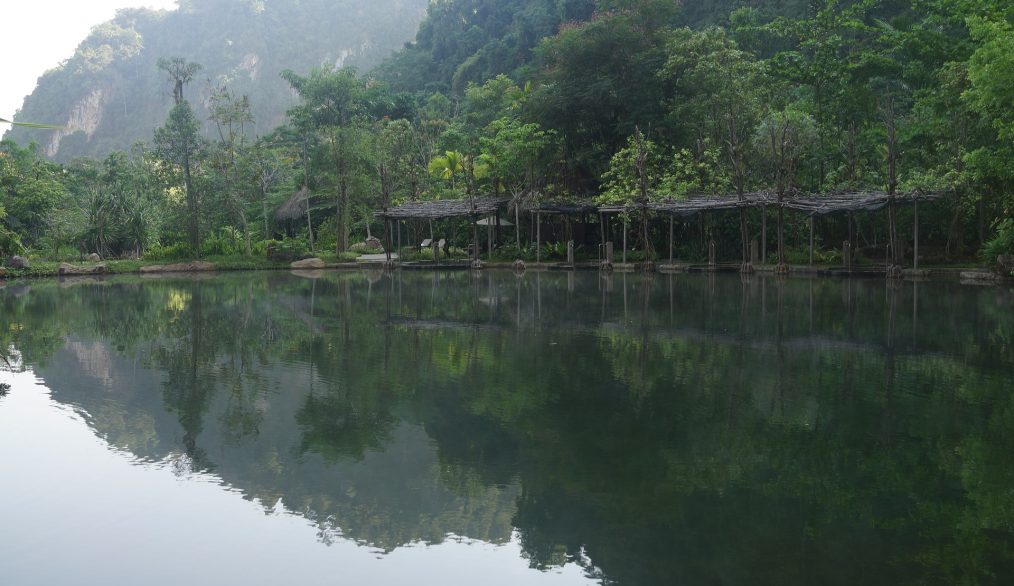 The education of marginalised children has been highlighted by the pandemic. However, empathetic interventions which gain the confidence of communities can and do work, as Susan Bennett reports.

It can be done

There can be no doubt that during the pandemic, the gap between marginalised groups and others in mainstream learning, has widened in terms of social justice, education and equity.  But gaps can be closed if addressed in the right way, as was the case in a recent initiative involving a Community Liaison Worker (CLW)  in the development of an indigenous education project in Malaysia.

The initiative involved supporting the education of one minority group – the Jahai – who are one of a number of ethnic groups, known as Orang Asli (OA).

“Orang Asli” is a Malay term which means “original people”, and collectively refers to the sub-ethnic groups indigenous to Malaysia who pre-date Malay settlement. They have their own unique knowledge systems, language, beliefs, and customs. They have a special relationship to the use of land and this is an essential part of survival based on traditional values. The OA have much in common with other marginalized groups: lack of political representation and participation, poverty, limited access to health and education They are subject to both overt and covert forms of discrimination. Despite their cultural differences, they all share a struggle for the recognition of their indigenous identities, the use of traditional land and natural resources, and the protection of their rights. 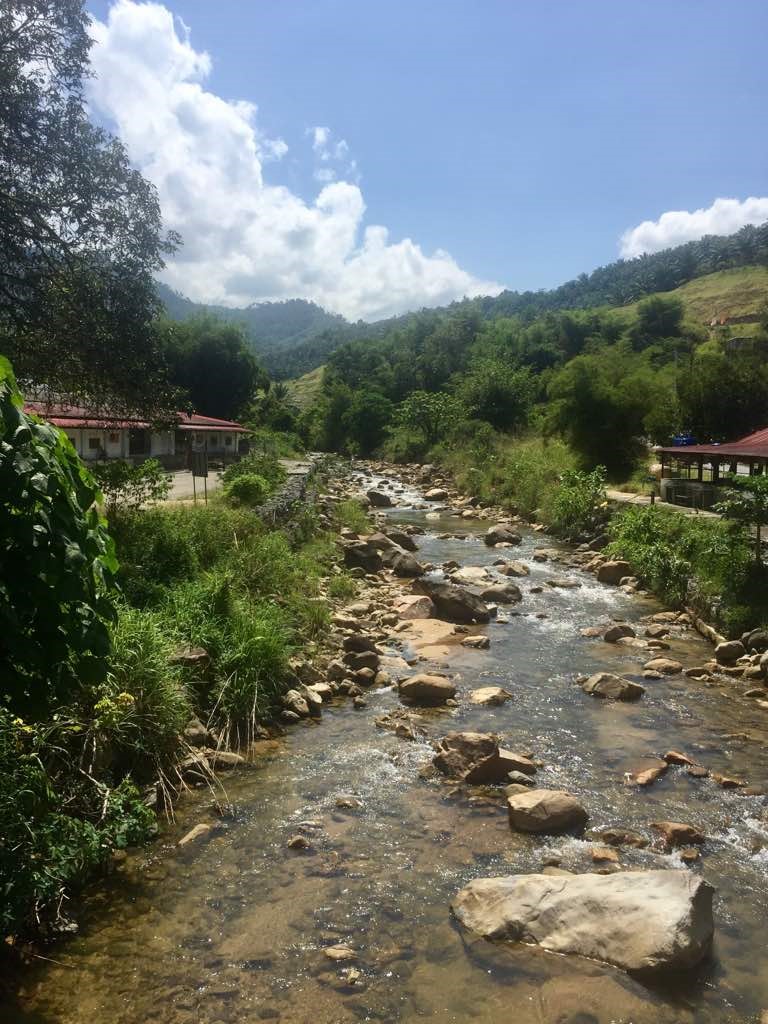 The Jahai, are one of the poorest Indigenous population groups. The entire population of the once nomadic Jahai were resettled by the Malaysian government agency, Jabatan Kemajuan Orang Asli Malaysia (the Department of Orang Asli Development – or JAKOA), in 1972.

However, schools in these settlements have struggled to meet the needs of the Jahai students, evidenced by poor attendance across both Primary and Secondary School.

Teachers had low expectations of their students, which reinforced academic underachievement and disengagement from the curriculum.

Jahai students failed to interact with the Malay students, and there were regular issues of bullying and exclusion. The District Board of Education and JAKOA were keen to address a key issue – the high rate of student attrition during the transition from primary to secondary school, but lacked the resources to do so. As the majority of Jahai students left school by the age of 15 to seek employment or become homemakers, 73% of Jahai students did not attend secondary school.

In line with the Malaysian Education blueprint 2013-2025, a team of education specialists had been assigned to Kelantan, to support school transformation. The team proposed a pilot project to address challenges they had identified for a Jahai cohort at a secondary school. One of the objectives was to create an integrated learning program, inclusive of wraparound support of family, school, and community, to develop a sense of cultural connectedness, well-being, confidence, and competence.

Previous studies had been used to help identify skill gaps, local needs, and priorities. These studies, however, reflected a lack of understanding of local context and community engagement, which resulted in poor curriculum design, planning, and execution. The pilot addressed this and focused on growing local capacity, with the community at the heart of implementation. 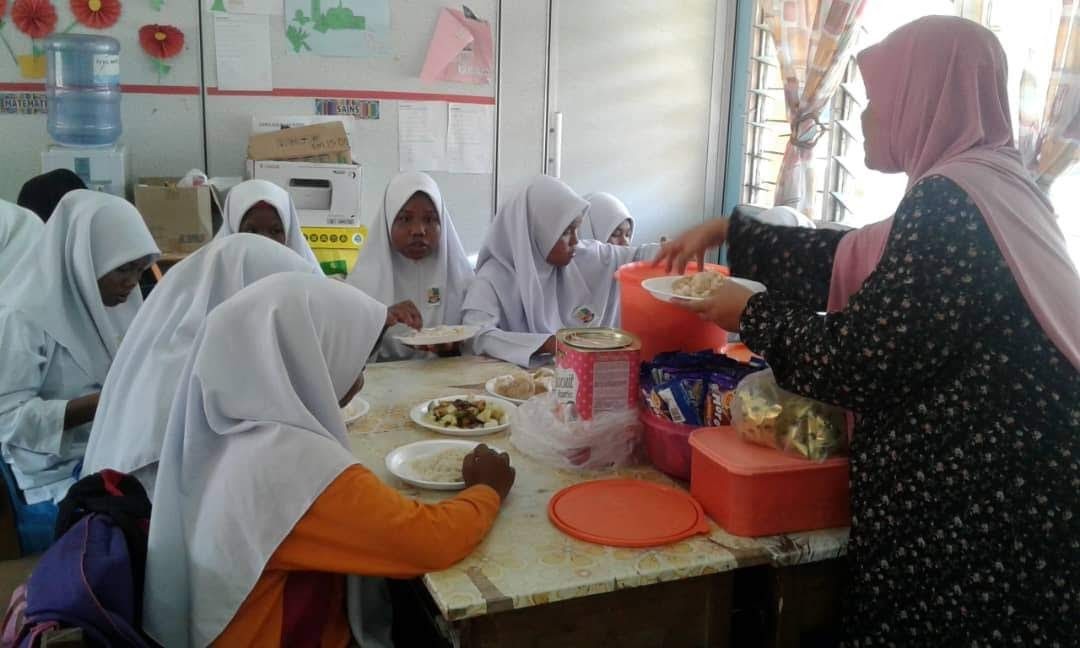 All stakeholders agreed that effective communication between the school and the Jahai community would nurture positive relationships and underpin the viability of the project.  A young Jahai keen to work with the students and the school, was employed in the role as Community Liaison Worker (CLW). This young man proved to be pivotal in the success of the project. His understanding of the Jahai culture and ability to transfer this into the school context, cultivated an effective link between the community, school, and JAKOA.  The support he provided in classrooms informed teaching and learning. It was also shared with parents. He ensured the community were informed of school events and kept the school up to date on village life.  He was a motivator, a driver for engagement, and a role model for students.

The CLW was instrumental in advocating development beyond the Jahai classroom and his engagement with stakeholders sent a positive message of empowerment across the Jahai community. Establishing partnerships with other initiatives was challenging and developmental, but his knowledge of stakeholder culture, the push-pull of communities and situational reality, meant that partnerships were indeed successfully established.

Throughout the project, it became apparent that there was limited opportunity for a career pathway for the CLW.  A flexible schedule of on-site training was created to develop capacity, improve his skills in technology, report writing and student mentoring. His desire to train as a teacher was explored, however, this was not possible as he had not completed his final secondary exams. It was a reminder of system inequity for marginalized students in Malaysia.

What can be learned from this project?  This initiative reinforced that collaboratively structured initiatives, focused on empowerment and valued cultural recognition, can bring positive change. The engagement of the CLW fostered a change in the school’s perception of the Jahai and student outcomes improved. Teaching practices became more supportive of inclusion, expectations grew and collaboration in school became noticeable.  School attendance increased from 68% to 97% and students showed an overall improvement in self-concept, physical appearance, internal resilience, problem-solving skills and in the relationships with elders and life aspirations. Jahai students developed higher levels of motivation, had enhanced expectations for learning and displayed greater confidence in their abilities.

It has shown that when a shared vision for community empowerment is addressed, challenges to cultural and educational equity really can be overcome.

Susan Bennett is an Australian who has worked in education across 8 countries in managerial, advisory and curriculum writing roles. Her interests include working with groups who share her values in social responsibility. She is passionate about travel and seeks out opportunities to broaden her understanding of cultures and sharing her adventures with others. 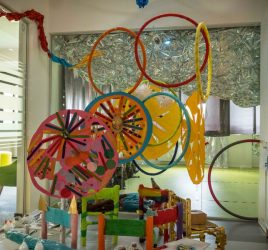 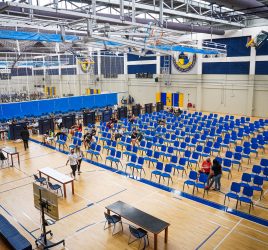 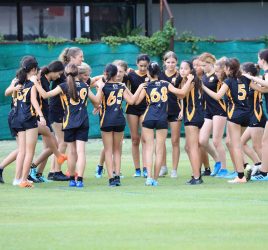