Andy Homden looks at a competition for international schools that simply would not have happened without lockdown, and seems destined to grow quickly.

Of course 2020 has been a difficult, and for many people, a tragic year. However, some things are simply going to be better as a result of how we have adapted to a changed world. It takes imagination to see possibilities and requires energy and commitment to follow through, but when the right stars are aligned, new things become possible. An example of an initiative that flourished in 2020 was the FOBISIA ‘Race4Good’ competition which took place in November 2020. Over five weeks, teams from 6 schools in India, Malaysia, Laos, the Philippines and China, were asked to design and present a series of sustainable business propositions to support families in a remote Nepalese village. Proposals, which were presented live on-line to a panel of judges, had to be carefully budgeted and capable of being sustained by families in the village, where a R4G support team was already embedded. This team had sent a range of data and information to the competing schools and as propositions came back (think establishment of a new tea stall, setting up a cooperative market and micro-scale yak farming) the field team discussed them with local leaders.

The Race4Good concept is the brainchild of the mercurial and persuasive social activist, Linda Cruse and is well-established in the business world. Linda is convinced of two major propositions:

Connecting these ideas to ‘the brilliance of the unprogrammed minds of students’ Linda saw huge possibilities for a school competition using the R4G format.

The video shows the Race4Good competition for Californian students  following the 2015 earthquake in Nepal. Five teams from universities in California, each mentored by a group of top business leaders took up the challenge. The winning university team, UCLA, travelled to the frontline with Linda Cruse to implement their uplift plans for the village of Thangdor.

Since 2010, with the support of the likes of Richard Branson and the Prince of Wales (Linda is not above a bit of name-dropping in a good cause), Race4Good has challenged teams within a company (Virgin and GSK amongst others) to put together business plans for a specific family or community in a developing country. Ideas need to be a ‘hand up and not a hand-out’ and must also respect the social structures of any community being helped.

Funded by Linda’s work as an adviser and trainer to businesses who have found that they rather like her different approach to leadership, the best ideas are immediately put into action with the help of a small team in the field, who also follow up and then gradually withdraw. 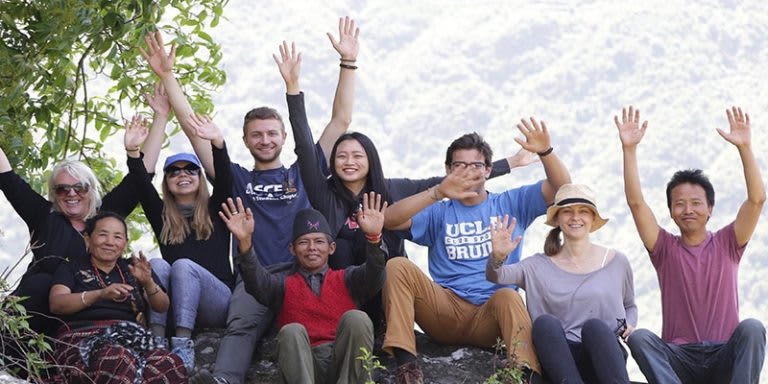 In 2017 Linda inaugurated the first Race4Good project with university undergraduate teams at an event in California and in 2020 came the FOBISIA online competition, with the 6 schools making presentations and taking questions about their business proposals live in three sessions over the course of 5 weeks in November and December.

An idea whose time had come

So what stars aligned to make this first R4G online competition for schools such a success?

Firstly, the energy and gut instinct of Linda herself, amplified by the insight of FOBISIA CEO and former Chair, John Gwyn Jones who, when introduced to Linda as a possible FOBISIA keynote speaker, immediately saw the potential of the R4G format and had the networks in place (a) to involve the schools quickly and (b) to rope in a team of former FOBISIA headteachers to act as judges for each online event.

Secondly – the schools were ready. It is doubtful that a year before any would have had the communications infrastructure in place to accommodate the concept online, and they were simply crying out for some authentic contact with each other in pursuit of something they could really believe in.

Thirdly, it was easy for the judges and assigned business advisers to participate – we were all used to Zoom and even knew about things like breakout rooms!

Finally the resources that R4G made available to all 6 teams had a real impact: regular mentorship by top international business leaders as project advisers, and access to 3 modules of Linda’s leadership course – ‘The Power of You’

The competition simply could not have taken place so quickly with such a range of people in a conventional, face-to-face way. Too expensive. Too time consuming. Too difficult. 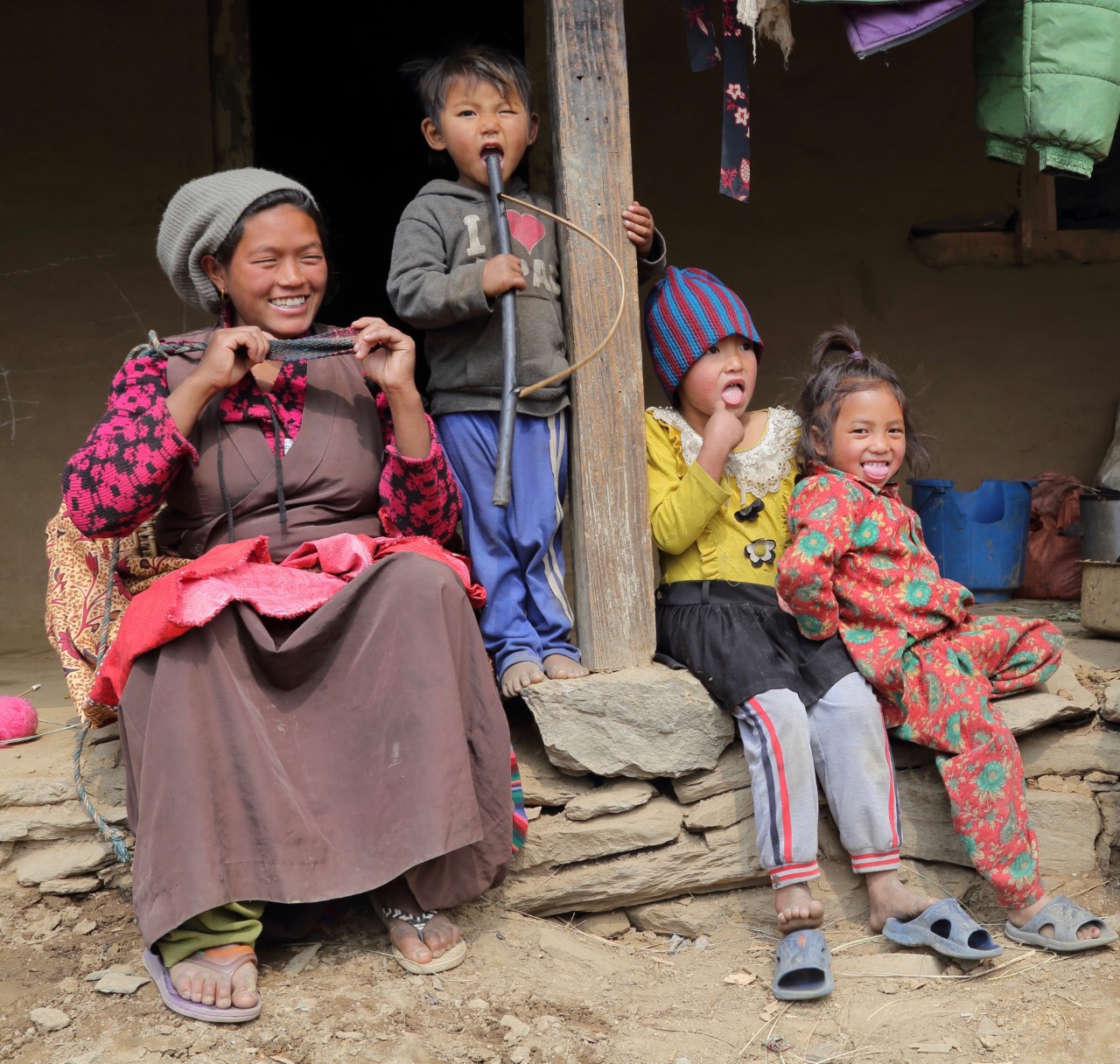 This is without doubt the start of what will become an bi-annual event and may well set the pattern for others. The most impressive thing to emerge was the learning. Slightly hesitant in Round 1, students spoke with increasing understanding of concepts such as sustainability and cultural sensitivity as the competition progressed.

This was first-rate ‘learning by doing’

I have never seen empathy (in its true sense) developed so quickly by any other process that did not involve a field trip. Over the five weeks of the competition, students clearly reflected on the questions asked by a panel of very experienced judges during the Dragons’ Den style session in each round and they became visibly more confident as their teamwork and leadership skills developed. This was first rate ‘learning by doing’. 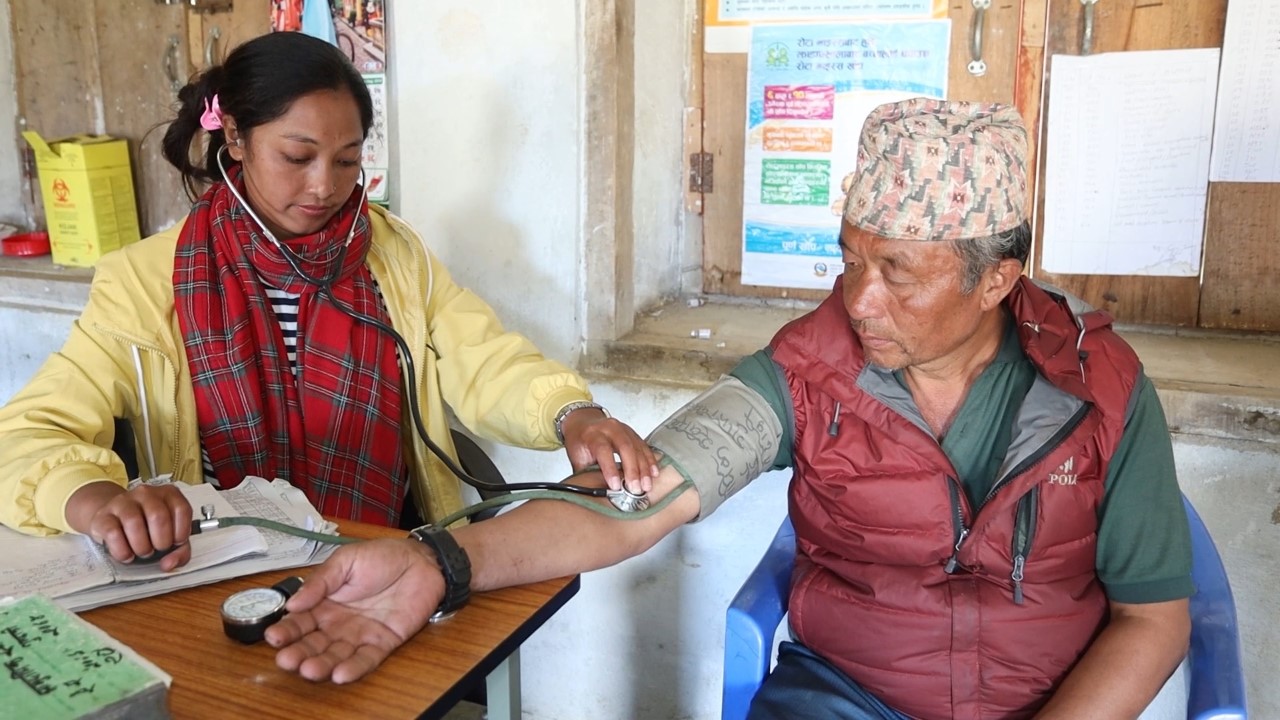 For the judges it was not only enjoyable to see each other, but also to be in the company of young people again. They (and the students) admired the immediacy of the project – with the Race4Good field team working immediately with the villagers to implement the best ideas on the ground within days.

In the long term, these students are going to take what they have learned to the world of work, via college. That can only add depth to the business world of the future as it interacts more thoughtfully and to better effect with global communities around the world who need ‘a hand up, but not a handout’.

And the 2020 FOBISIA winners? In a closely contested final, the Prince of Wales Island International School with their idea for a community project involving yak and goat breeding, narrowly pipped Nexus International School, Malaysia who proposed the development of  range of tourist-related events.

You can learn more about Race4Good and the communities the competition has helped over the years here: https://therace4good.com/

Andy Homden is the CEO of Consilium Education and a former FOBISIA Head teacher. 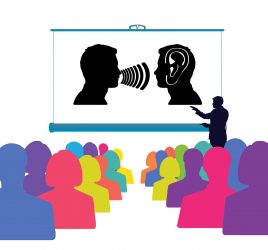 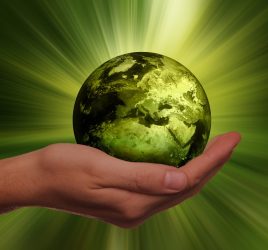