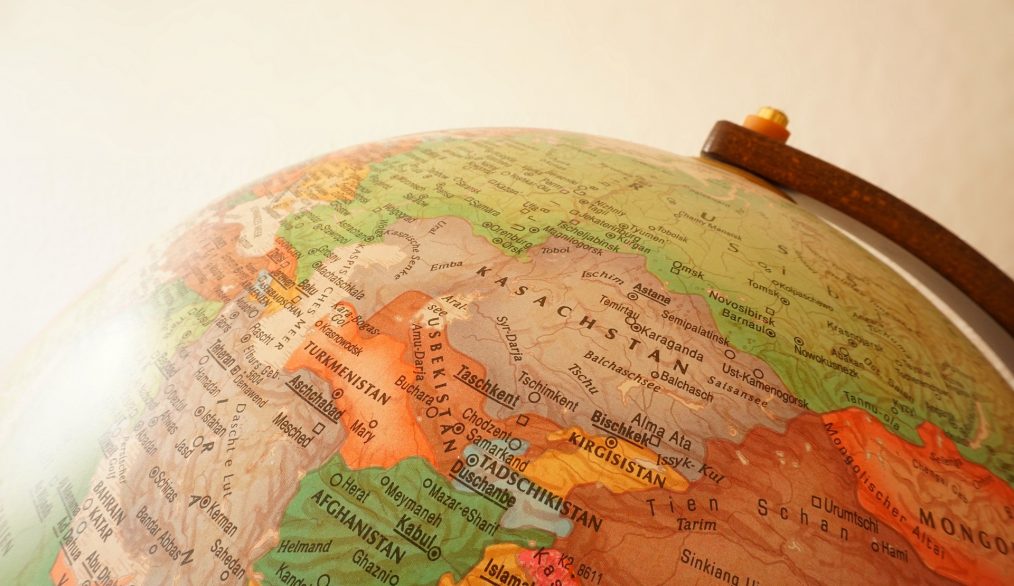 If you are captivated by the romance of travel, the Silk Road will have a special appeal. After visiting Uzbekistan before the pandemic, Elly Tobin has no doubt it should be high on the bucket list of any serious traveller.

What traveller hasn’t dreamed of visiting part of the Silk Road at some time, conjuring images of caravanserai, of merchants, explorers and warriors, their camels laden with sacks of exotic spices, their colourful cloths tied around their faces to keep out the biting sands of the desert.  Ever since I read of the journeys of Marco Polo as a teenager, I have been fascinated by the exotic places he visited, so I was delighted to have the opportunity to visit the magical city of Samarkand.  But first – Tashkent and its market. 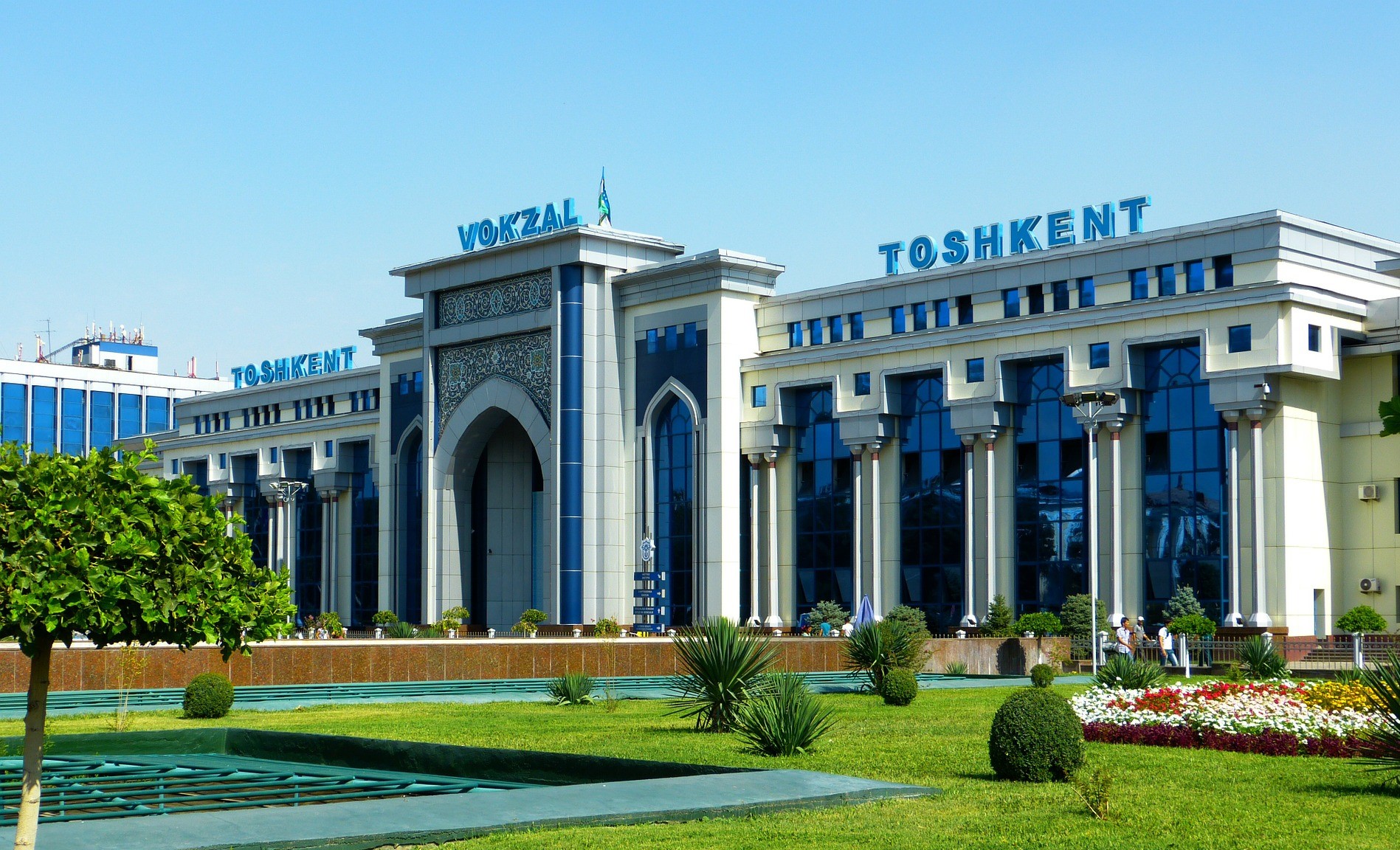 Once a major stopping point on the Silk Road, and in Soviet times, the fourth largest city in the Union, Tashkent is like any big city, bustling with people and choked with motor bikes, cars and buses, where crossing the road requires a leap of faith. The people are friendly and welcoming with ready smiles for nervous pedestrians like me. Waiting anxiously for some time at the edge of the road I was delighted when a young woman silently took my hand and walked me through the onslaught of traffic to the other side.

With just a few words of English she welcomed me to Uzbekistan and then went on her way while I continued in search of the nearest market. The restaurants along the street bore testimony to the mix of cultures that had settled here as a result of the Silk Road: Turkish kebab houses, Russian restaurants, Indian katlama stands and Chinese noodle houses. The faces also seemed to represent the mix of people that had settled over the centuries in this region: Mongol, Chinese, Russian, Indian, Armenian and Arab. 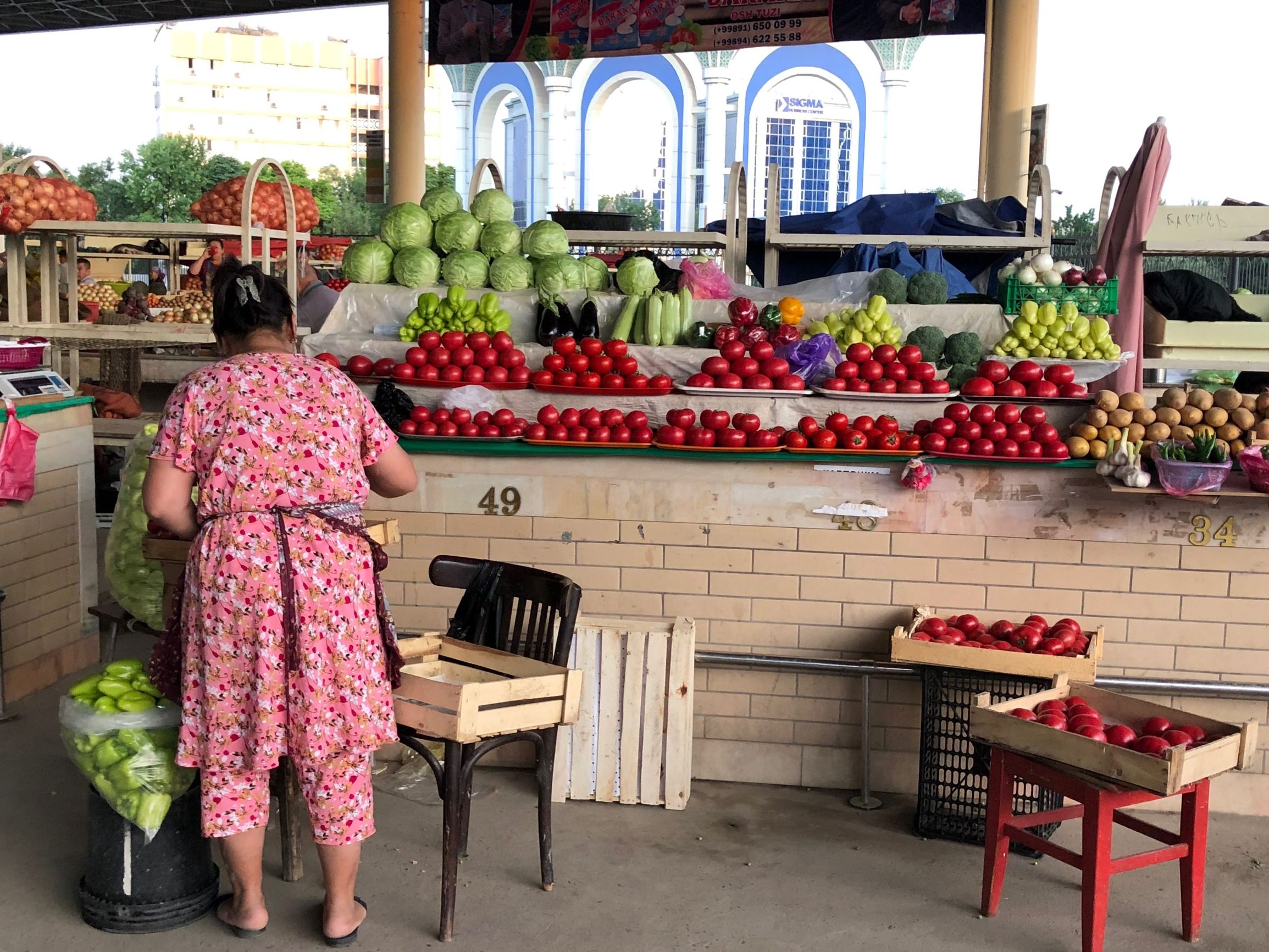 The open walls of the food market allowed the cooling breeze to blow through while the covered roof sheltered merchants, shoppers and goods from the sun.  The chatter of traders mingled with the intoxicating smells of fresh bread, fruits and spices.  A dizzying myriad of dried fruits, nuts and spices for which Uzbekistan is famous all stacked all in white cloth sacks on stall after stall.  None of the chaos or dirty floors often found in markets, but cream coloured stalls with perfectly symmetrical displays of vegetables as if arranged for an artist’s still life drawing.  Centuries earlier the goods transported along the Silk Road to Europe and China would have been the same as these on sale in today’s markets.

Spices, as valuable as silks to the Europeans, were goods that did not perish on their way to markets in Venice and beyond.  Everywhere the most delicious looking piles of bright red fleshy tomatoes and three varieties of apricots heaped in baskets; bright yellow, orange or even green for less than a dollar a kilo. The  marinated red peppers I fancied were sold to me in a small, clear plastic bag deftly tied tight with a rubber band.  A second barrel revealed marinated green beans, so delicious looking that I had to have them too.  This, along with a bag of mixed apricots and some warm onion bread, made for a perfect picnic feast in the hotel garden the night before my trip to Samarkand. 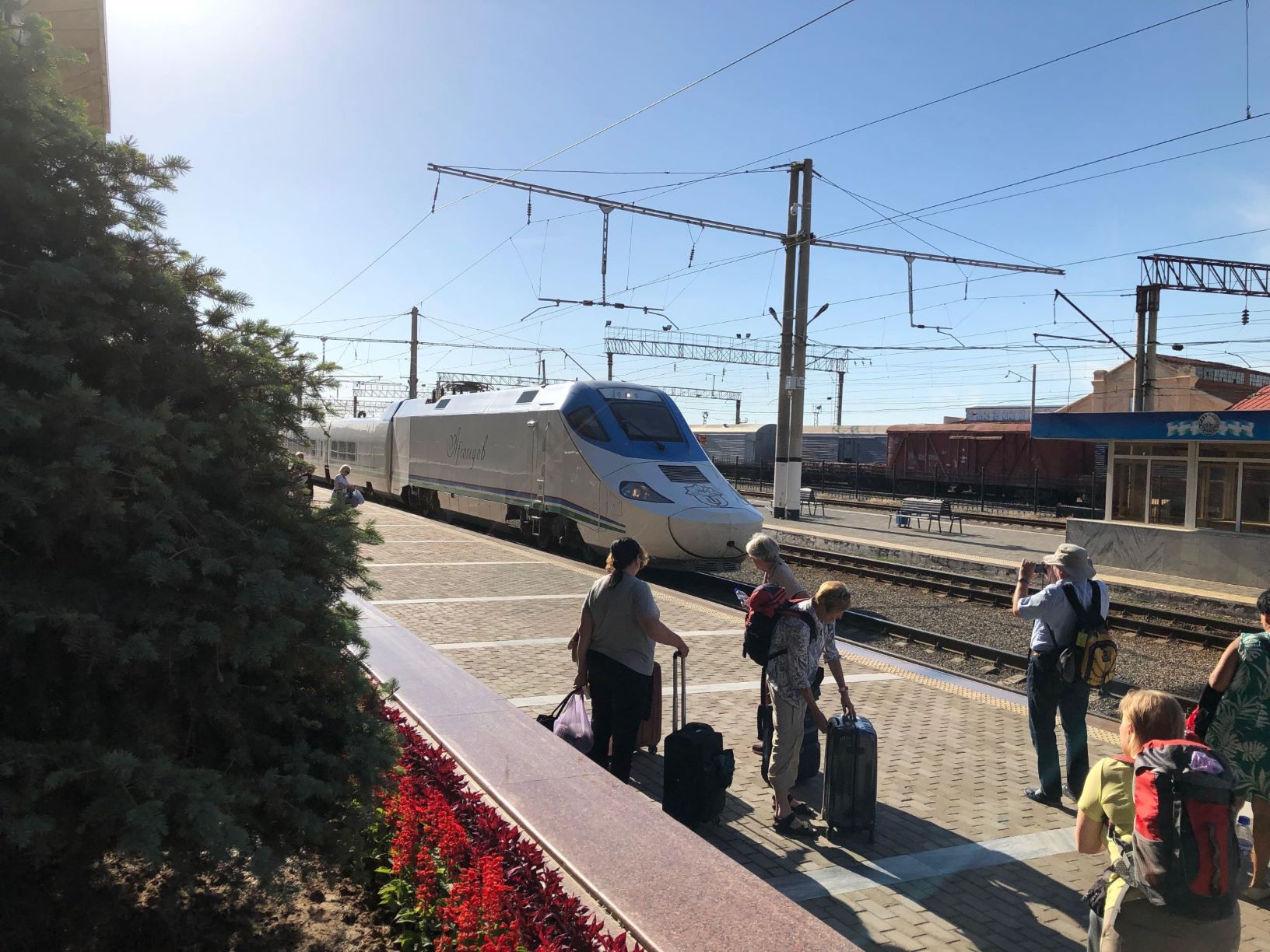 The way to Samarkand

The sleek high-speed train from Tashkent to Samarkand is the modern way to travel this section of the silk road. I had not expected the comfortable plush blue seats in the air-conditioned carriage nor the local music video or the snack of some kind of bun and coffee served at my seat.  As the train picked up speed and the arid landscape flew past the window I imagined what it would have been like sitting high up on a Bactrian camel swaying for hours with the rhythm of its movement as it plodded along the dusty route between the caravanserai.

Two and a half hours later the train pulled into Samarkand.  Here explorers, adventurers and tradesmen from the ancient world made their slow and dangerous journey across a largely unknown landscape to buy and sell, to learn and study, to indulge in exciting new cultures and even perhaps, as Marco Polo did, to fall in love. 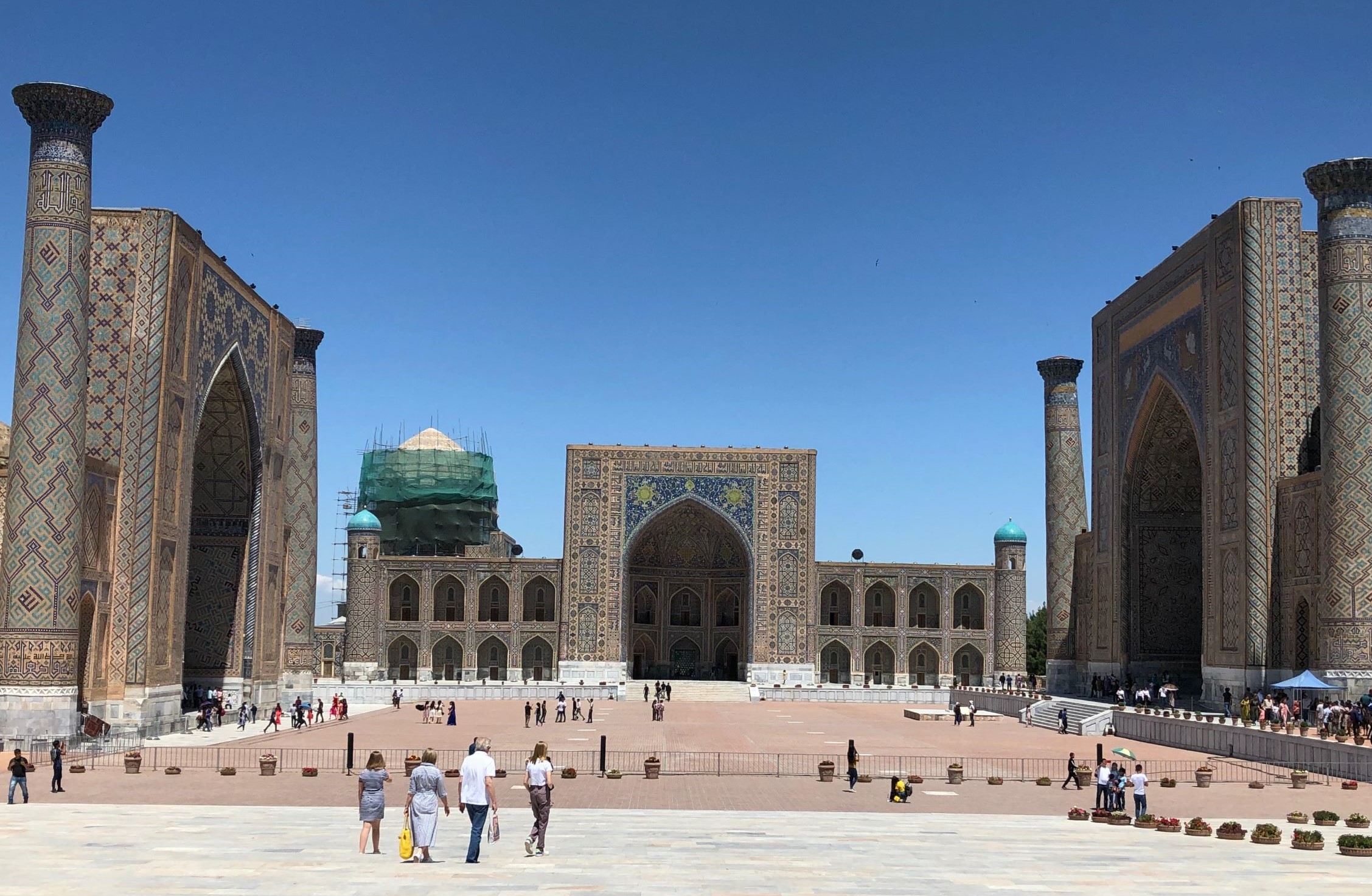 Marco Polo called Samarkand a ‘noble city’ and here, where the monuments of the past are preserved, it is easy to be transported back in time to a city that centuries ago was a centre of learning and science. The caravanserai of Samarkand, like other oases along the way, provided spring water and rest for weary travellers in search of food and shelter as well as places to worship and of course to buy and sell goods.  The caravanserai established were about 40 kilometres apart along the route, since that was about the distance a camel could journey in a day.  Great ancient bazaars sprung up in front of these famous mosques and madrassas with their azure blue domes, where now the smaller bazaars serve mostly tourists that come to buy souvenirs in these magnificent courtyards. 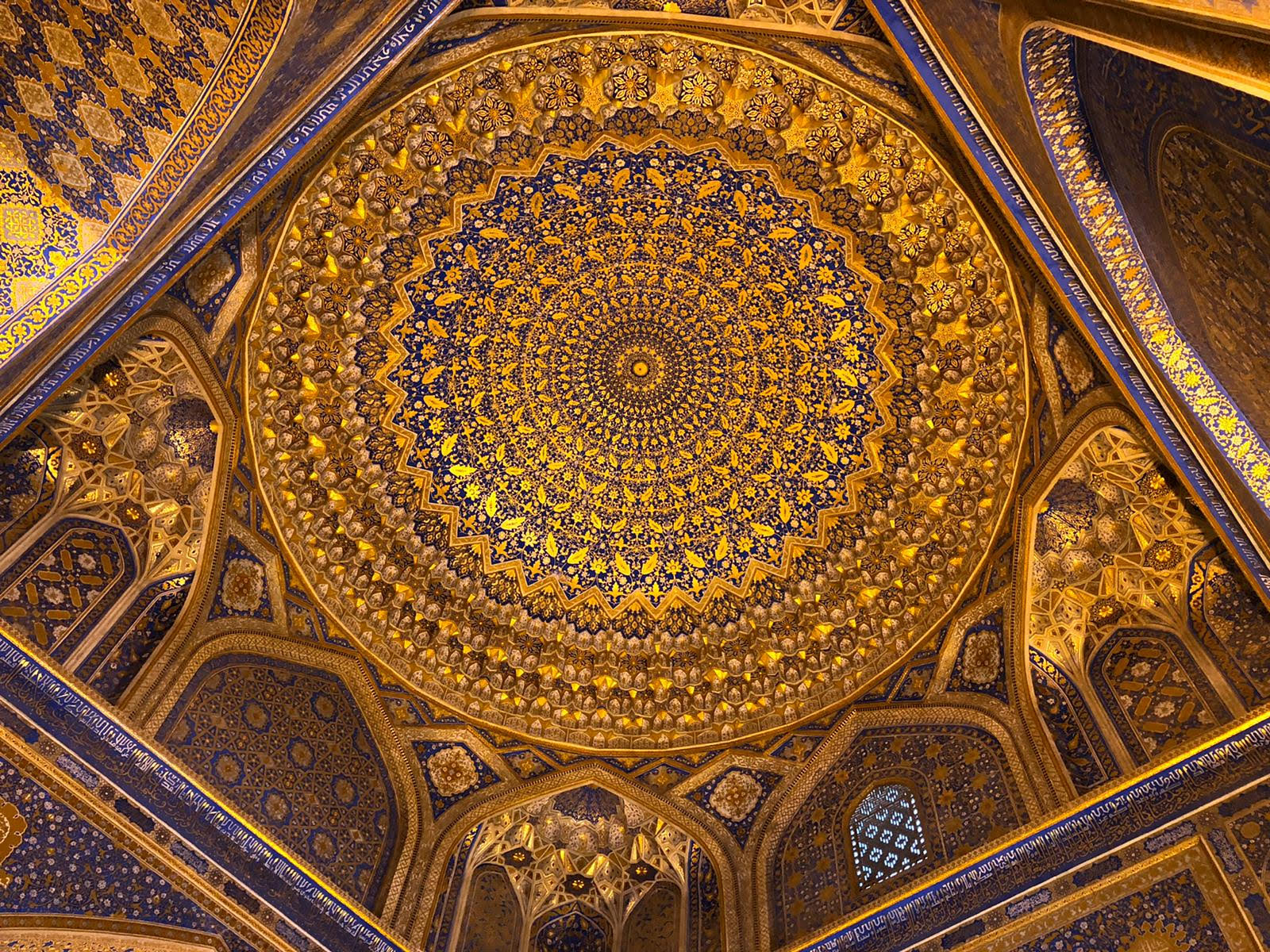 The entrance of the tomb at Gur-e-Amir is decorated with intricate fluted blue tiles that create an almost three D effect.  Amir Timur is buried here along with his sons and famous grandson Uleg Beg, who created one of the most important observatories in the world. Also buried here is Amir Timur’s teacher, another indication that though on the one hand he was a brutal conqueror, he nevertheless had a deep respect for learning. The ceiling of the mausoleum is a spectacular masterpiece and as I leaned backwards to better see the intricacies of the golden ceiling I imagined the thousands of craftsmen from all over Asia up rickety ladders creating this magnificent design of gilded tiles. 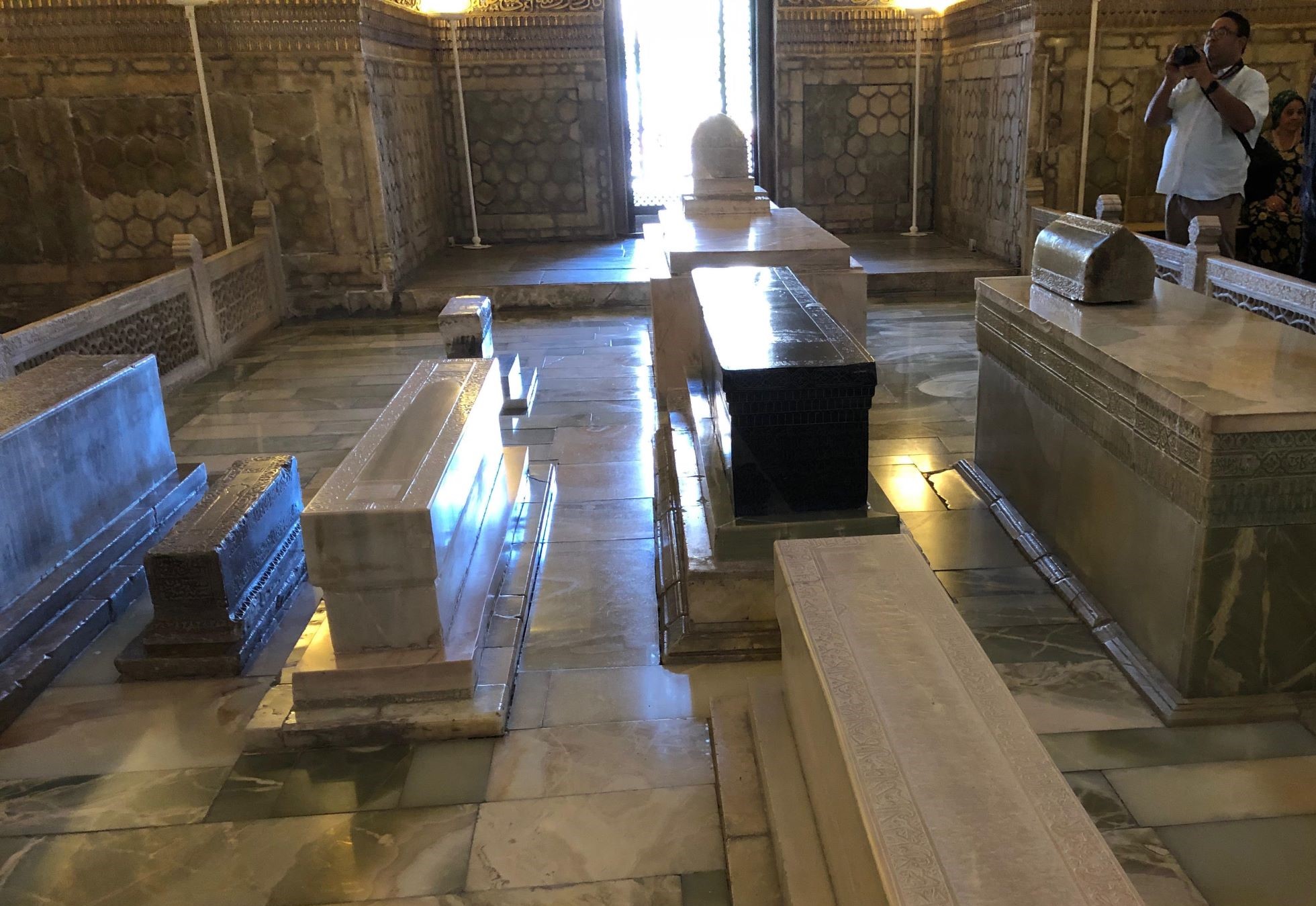 The sarcophagus of Amir Timur is not the largest here but it is the most prominent, made of dark green jade which looks almost black in the subdued light.  The atmosphere is hushed inside the dimly lit room as tourist walk silently around the room viewing the marble sarcophagi.  These are just markers and Amir Timur’s body, as with the others, lies beneath in the crypt.  He is said to have warned “Whosoever disturbs my tomb will unleash an invader more terrible than myself”. 1941 a Soviet anthropologist opened the crypt and brought the body back to Moscow to examine it just as Hitler’s army was invading Russia. Stalin, possibly mindful of the curse, later ordered its return and the success of the Russian troops at the battle of Stalingrad was attributed by many to the fact that the body had been returned and buried with full honours again. 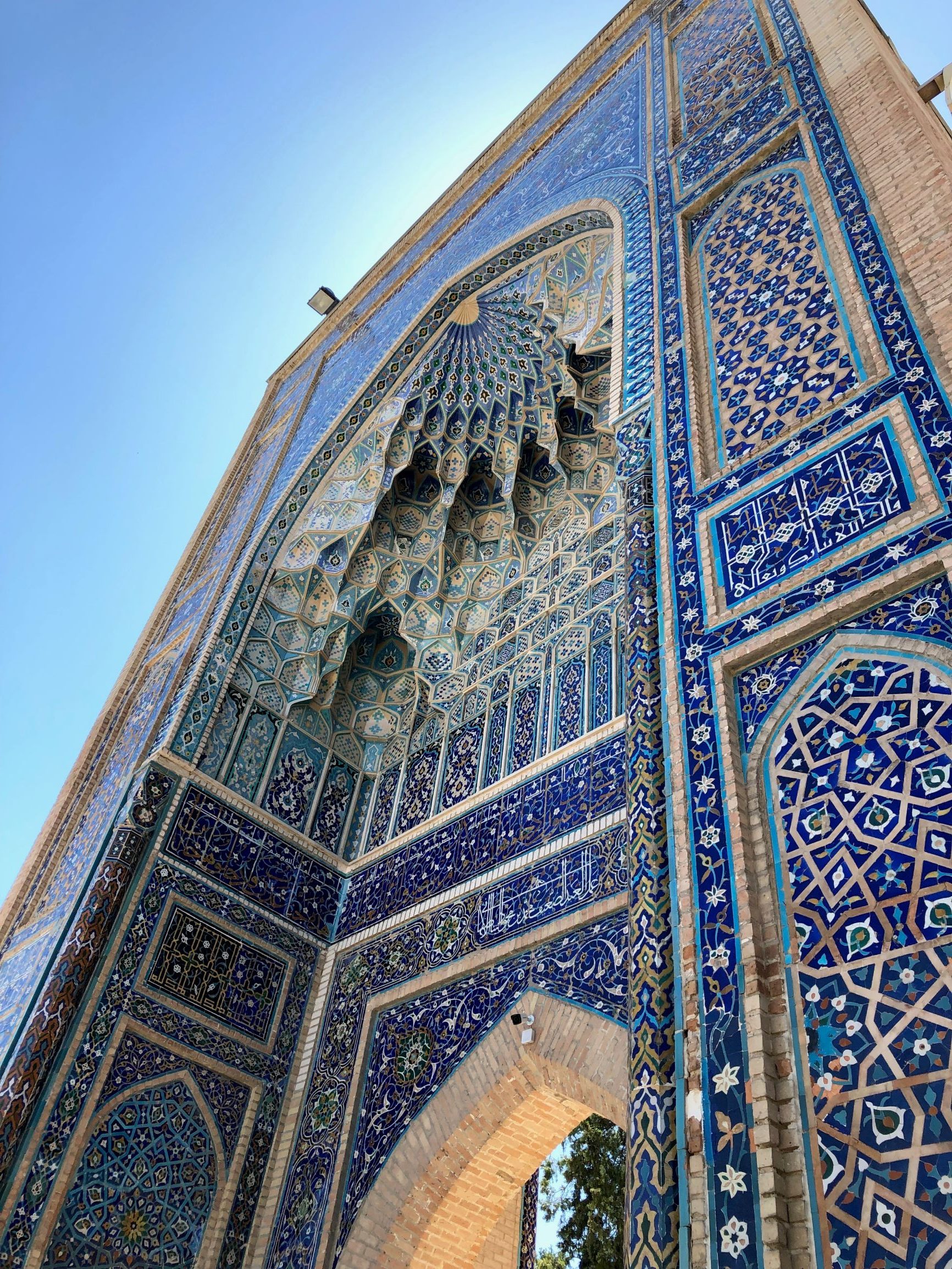 Ideas brought by explorers and merchants journeying for years along the Silk Road influenced the scientific developments, the learning in maths and even the culinary traditions that are part of our daily lives.

These great travellers contributed so much to the world we know today and through their adventures, their risks and their gains they fire the imaginations of modern day travellers as they too now wander the dusty alleys of the old city.

We arrive in more comfort today, stay in more stylish lodgings and sample the local food in a wider choice of eateries, but in our own way, I guess we are all still explorers of one kind or another, exercising our imaginations and expanding our experiences to enrich our modern lives.

Elly Tobin is a Senior Consultant with Consilium Education. Formerly Director at the International School of the Sacred Heart and Principal of the Joseph Chamberlain Sixth Form College in Birmingham, she specialises in the teaching of EAL and supporting the establishment of new international schools.

Feature Image: by picknicker54 from Pixabay

Image of Tashkent by LoggaWiggler from Pixabay

All other images kindly provided by Elly 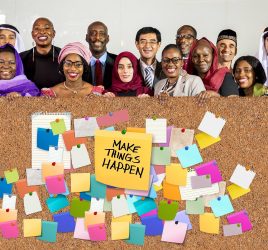 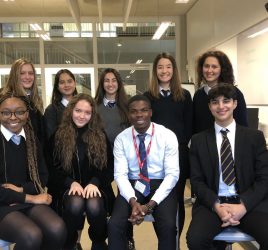 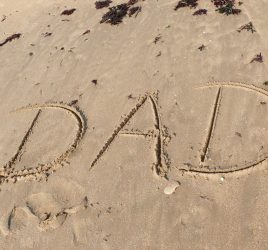