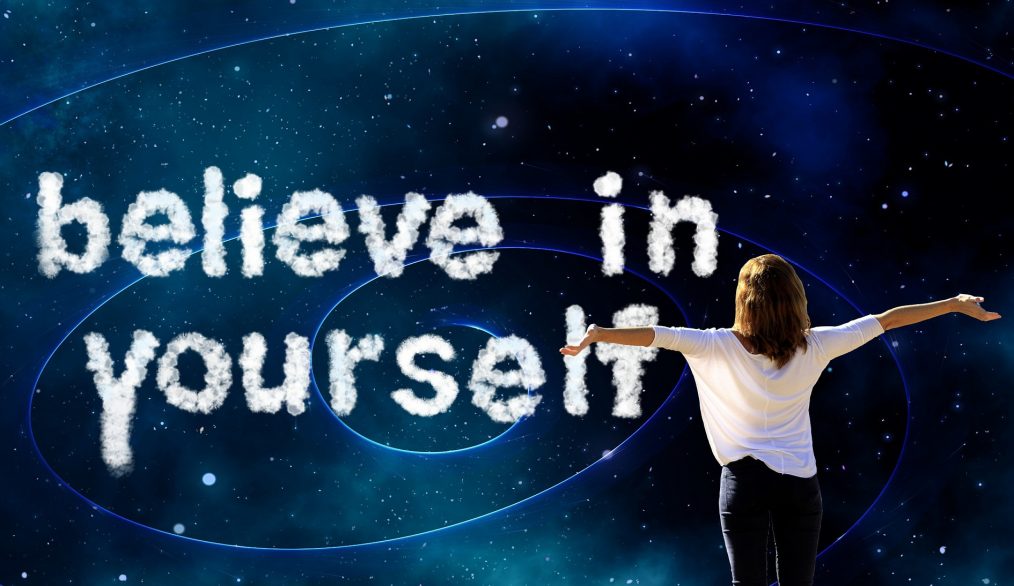 For Conrad Hughes, teachers have extraordinary power because of the influence they have on people’s lives. Used well, this power can move mountains.

When I was at university in France, I had several different types of teacher: those who read their seminars from their desks, not answering any questions and who even insulted us as they threw our essays back at us. I remember one professor, who, when a student said something, almost always disagreed: “no, no, you didn’t understand”, he would say dismissively. He was the master, he knew everything, we knew nothing, we were nobodies.

But then, there was Monsieur Claude Thomas. He was a small, unassuming, moustachioed man, who didn’t really look like a professor, but more like a government official working at a tax office. However, he was an extraordinary teacher: it was quite simply out of the question to miss a single one of his classes. What always struck me was the mental and intellectual preparation he had made before teaching. He knew the works we we were studying marvellously well, and he had such a widespread, rich general culture that he managed to forge endlessly surprising and creative links between literature and almost any imaginable subject.

After class discussions, because the classes were much more discussions than seminars, if we elicited new ideas or sources, he would systematically follow up after the class, reading new texts, digging deeper into the evocations of the last discussion, bringing back for the next class a fresh finding that built on our understanding. He inspired me to do the same thing –  to go to the library after each lesson to find more about a reference, an idea, a text, a concept. He really gave me a taste for research. Mr. Thomas was a lifelong learner, and he expected the same attitude from us.

A teacher who listened

But there was something else. It was his way of answering our questions, the way he would listen during our exchanges. Each time a student spoke, his eyes narrowed delicately, his face centred around his sparkling black pupils, his eyebrows would rise dramatically. He would gently nod his head, and, suddenly, he would exclaim explosively, with force and passion, “that’s very, very interesting!” We felt at his level, we were co-learners: he saw us, he appreciated us. We felt intelligent, that our point of view mattered.

Mr Thomas mastered the content of what he taught and was brilliant with regards to his scholarship. Certainly, drinking in his words was a pleasure and not a chore, but much more importantly, he let us shine, he gave us confidence in ourselves, in our ability.

These were acts of pedagogical generosity because, in reality, I think what we had to say was actually quite banal. But, he found the energy, the love in his being, he found the magnanimity, to listen to us, really and sincerely. I miss him, Mr. Claude Thomas. He was a great teacher.

A son, his iPhone and reading

My son, like most 16 year old boys, was more or less inseparable from his iPhone. Taking the iPhone away from him was a little like extracting a vital organ or trying to rip a bone out of a dog’s mouth. I’m as desperate as most parents, and have tried different strategies to get him to read more, including modelling reading, scheduling reading hours, reading to him out loud, pleading, begging, even blackmail, but in truth I’ve never been that successful.

It was thanks to a teacher that my son became a reader. All of a sudden, with no forcing from his parents, we found him sitting on the sofa, wearing his reading glasses, twirling one of his dreadlocks pensively as he engaged with high quality reading. It almost made me want to cry, the sight was so beautiful.

What happened? How was this possible, which magic spell, elixir, drug, threat, extortion, ransom or devious act could possibly have led to this? We asked him. He told us about a teacher. This teacher, he said, is a GOAT (“Greatest Of All Time”). When I probed, he said that the teacher was strict, that there were consequences if students did not read, that the selection of books was interesting, that the teaching style was, I quote, “old school” i.e. no computers. And finally, this GOAT helped my son choose the books he wanted to read, and gave him that agency.

Today, when it’s time to read, my son sits down calmly, opens his novel, and immerses himself in the beauty of literature.

Teaching is not just a profession, it is a spiritual calling – it changes lives, it changes fortunes, it creates the future. The teachers who taught my son have shaped him, my family, and they’ve shaped me. They have become part of our story. Thank you.

A daughter and a teacher’s belief

My daughter  went through the IB Diploma. It’s quite a journey, the IB, as any parent whose child goes through it knows. The pressure, the volume and the high standards come together in a roller coaster of emotions, adrenalin, and exhaustion. The way that we scaffold the psychological preparation for the IB diploma is critical.

Early in IB1, my daughter, who is an academic student, was frustrated in one of her subjects because the teacher gave her a 5 on an assignment. Although the IB scale sets 5 as “good”, in students’ minds, often “good” is not good enough, because we are in an assessment system where the pressure is to be at least very good or excellent.

Anyway, she was feeling despondent with this grade. Her teacher noticed that she was upset, took her aside after class, listened to her carefully, looked her in the eyes and said, “you are worthy of a seven – you have a seven in you”.

The teacher showed belief in my daughter, sent a powerful personal message to her, not some defeatist speech about how difficult the subject was or being happy with what she had and aiming low, but gave her hope, gave her a spark. And as the expert, the person with the power to award an end of year grade, the person predicting the student’s IB score and informing universities of the prediction, this teacher was lifting my daughter up, taking her higher. When teachers tell students that they believe in them, it counts for more than when peers or family say it, because  the teacher is the expert and represents the official, institutional stance.

When my daughter received a 7 at the end of the IB, it was partly because she was emboldened to believe that she could do this. Teachers can give students the most powerful thing we take into the world: confidence. Confidence can move mountains, it can allow you to change who you are and become the person you dream to be. This is an attitude for life. Again, thank you.

Monsieur Thomas and my children’s teachers. What  did they have in common? One listened to students and valorised their viewpoints, the other set strict standards but also gave students some agency in their learning, the third showed belief in the students’ capacity. I think that what these traits have in common is understanding that truly great teaching, master teaching, is not just a technical act, it’s a psychological and emotional act, that it is about entering the core of a person’s psychic being, their values, their fears and hopes, and giving them a space to shine, to exist, to grow.

Something bigger than all of us 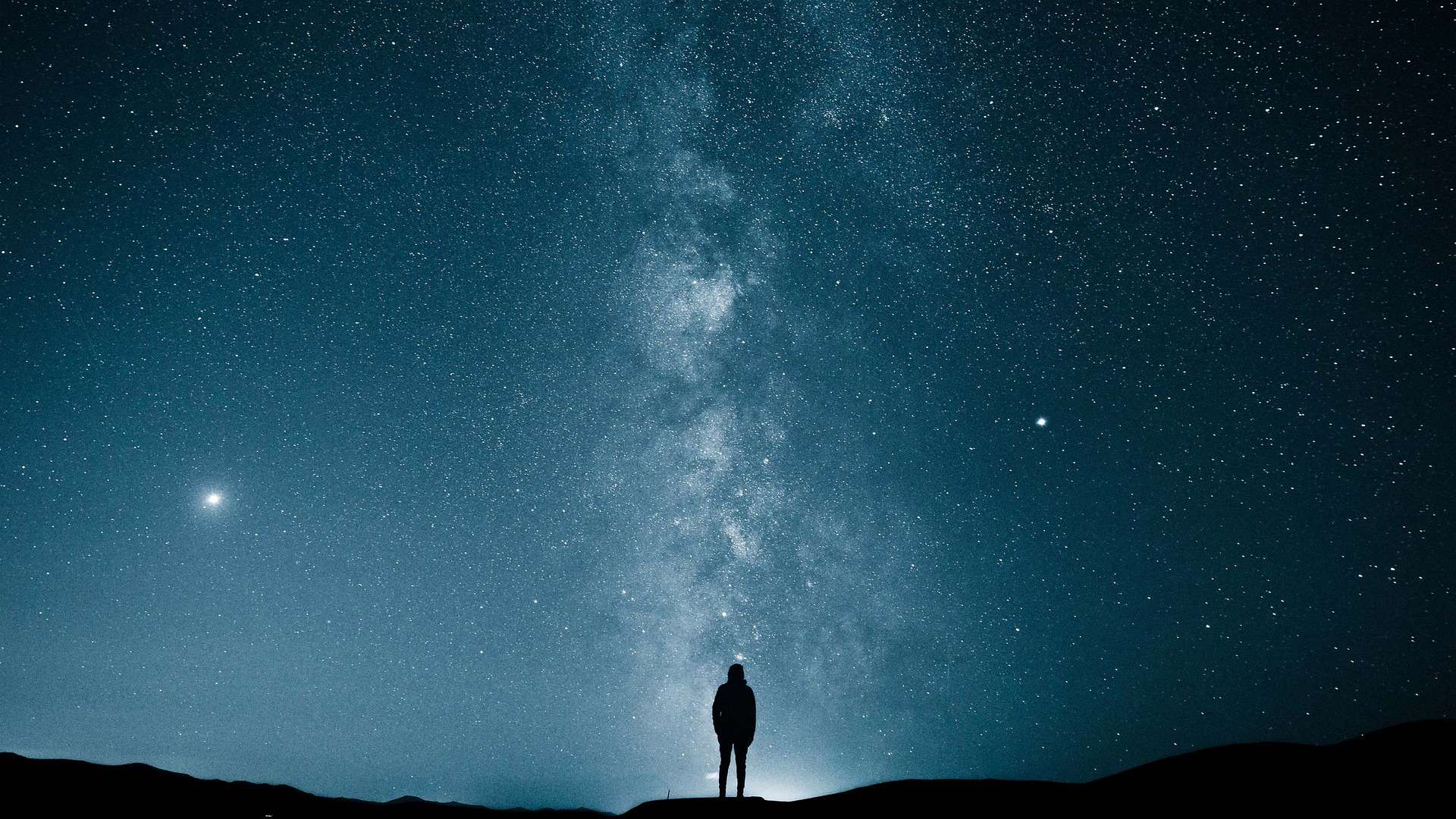 As we build back our school communities that have been ravaged by Covid, let’s seek that transcendence that is bigger than all of us in the imminence that exists in each of us. There is no greater expanse of what might be, of the unfolding becoming of the future, of the strange beauty and mystery of life, than that which dances in the fathomless pupil of every eye, the gentle lilt of exhilaration and hope in every voice and the enigmatic promise of every smile. There is an infinity to discover in each of us.

Let’s believe in our students, because ultimately, that means believing in the future. 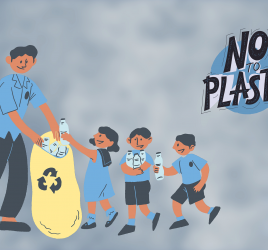 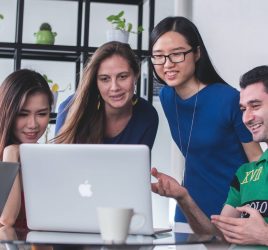 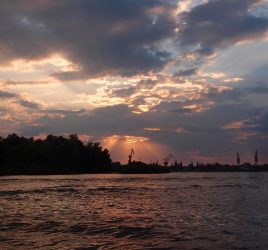