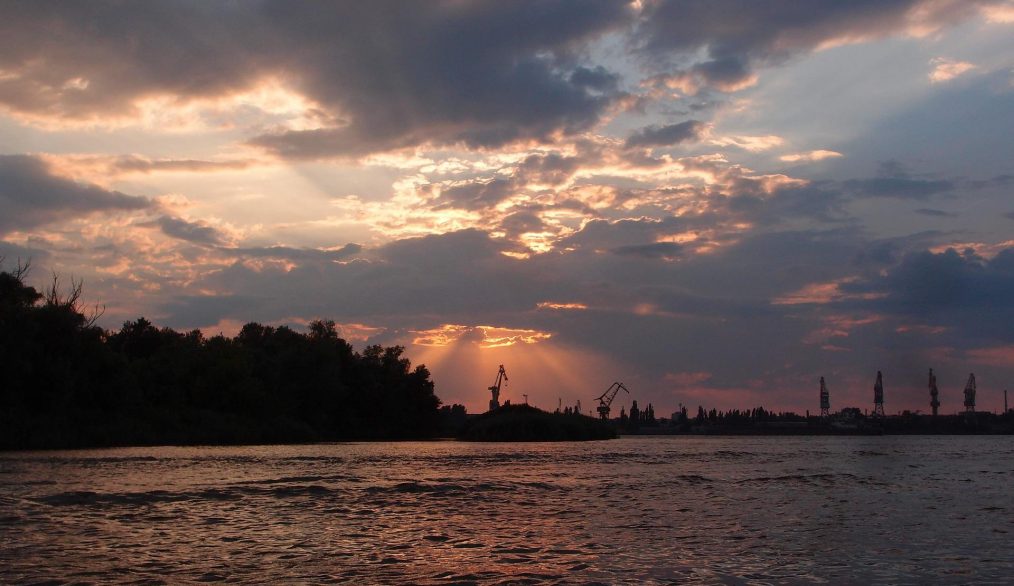 The day that time ended

My story begins on 24th February 2022. It was the day time ended all over Ukraine.

I remember my morning down to the smallest detail. At about eight o’clock my dad came over to me and said that missiles were hitting Kyiv – the war had broken out. For a few minutes I could not grasp what was going on. I browsed social media news, read Telegram and Instagram accounts of people I knew and looked through my private chats with my friends. They had all been awake for a long time and sent me dozens of messages reporting on the situation. They had had panic attacks. I really couldn’t believe it was true, but it was, and we had to face it. Immediately plenty of questions swarmed and buzzed in my head: should I stay home or leave? If I chose to leave, where and how would I go? What would happen next? How and where would I continue my studies? Where would I find a safe place?

One day followed another. We were frightened by the sound of the first air raid sirens and powerful explosions. A bomb shelter was located quite a distance away from our house, and we would hid in the cellar together with our neighbours.

My mom and dad would stand for 3-5 hours in long queues to buy food. Every day they went to the shops that were still open. Food was rationed – you could buy only 1 kg of flour, 1 kg of cereals and half a liter of vegetable oil in one go. At that time, there were still check-out terminals operating in stores. Later, you had to stand for 6-7 hours in line for an ATM machine to withdraw some cash to buy your food. 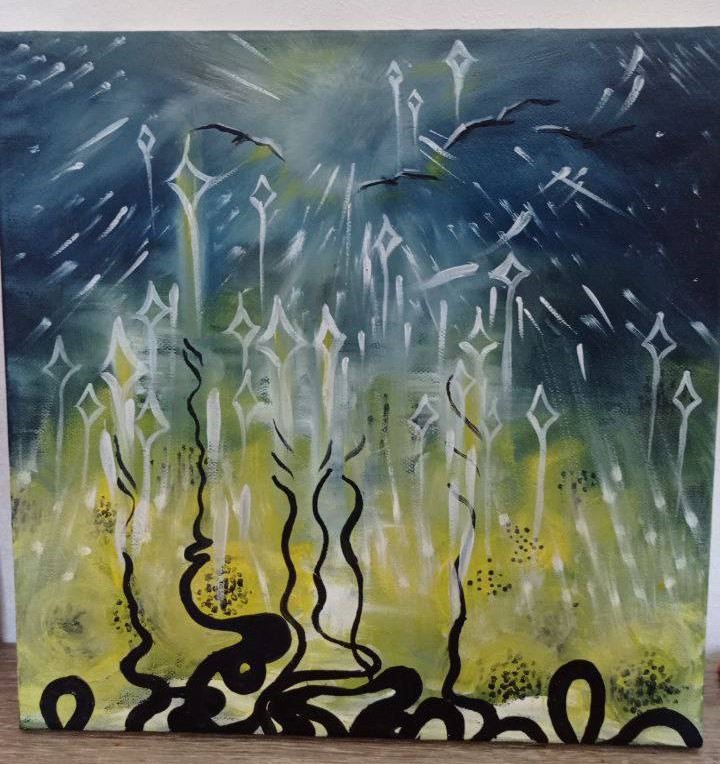 At that time I was overjoyed by every piece of good news and constantly thought about what to do next and how to keep going during these dark times. There was a little hope that the war would end soon and everything would get back to normal again.

Now I understand that we have to prepare for a long war which is not easy to resolve. Alas, the war will affect all aspects of our life. One can’t just forget all that happened – it is a heavy burden you have to carry wherever you go.

Eventually, we quit hearing constant air raid sirens. My mom tried to go to work. She worked in a hospital where patients underwent magnetic resonance imaging (MRI) tests. However, the number of patients kept reducing every day. My dad’s office was shut down on the first day of the war. We all got used to the military environment – as far as we could.

One morning my mom said that we would accommodate a girl, mom’s college mate (my mom is obtaining her second degree in medicine). The girl could not go to her family who lived in a region where heavy fighting had broken out and she was very scared of being alone. Well, we became a family of four. Of course, I was constantly in touch with my friends. We discussed the latest news and rejoiced together over every heroic deed performed by Ukrainian defenders. We were grateful to everyone who was strong and brave enough to take part in rallies for our independent Kherson.

Days and weeks passed. Then the situation in Ukraine became more tense and grief hit my family. Dad’s sister, my aunt, was killed by a shell in the stairwell of her house when she helped an elderly man go down to a cellar to escape shelling. My 80-year old grandmother was in the cellar and had to be freed after she and my aunt had spent three weeks in the cellar without water and electricity. This happened in the Lugansk region, in the city of Rubizhne. It was and still remains one of the hottest spots in Ukraine. Unfortunately, there was almost nothing left there, only ruins and pain. With the help of volunteers, my grandmother was transported through the Rostov region, Krasnodar, Crimea to us, in Kherson. My aunt was buried along with the other victims in the house courtyard.

Thus, we became a family of five.

The importance of my art 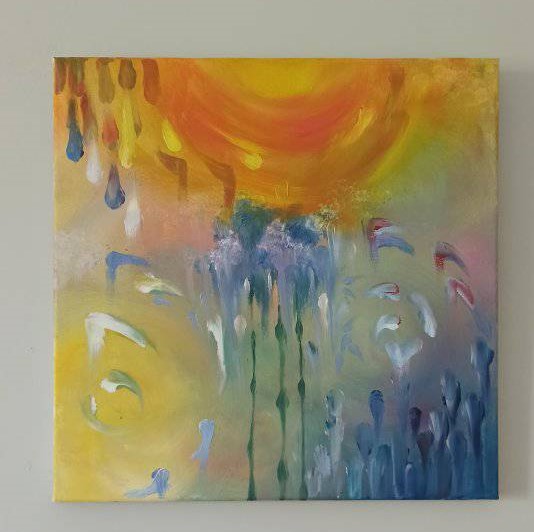 We tried hard to live a regular family life. While my parents took care of household chores. I was searching for training courses, lectures and podcasts. I picked up a brush, probably, for the first time since the outbreak of the war. Overwhelmed with the latest events, I could pour out my energy and emotions through the process of drawing and painting. To always remember what the war took away from me, I intended to express my thoughts and feelings on the canvas. I realised that I must continue to study and try to adapt as much as possible to the conditions of war.

But then it got worse.

Russian troops came to Kherson. Living in my hometown became so scary. The Russian military set up checkpoints everywhere to scan everyone who was traveling through the city. Military equipment was moving town, armed machine gunners being on alert and looking out of the hatches of armored vehicles. They checked Ukrainian citizens’ IDs and phones.

Kherson’s residents felt even more stressed as their neighbours started suddenly disappearing. Russian soldiers broke into the house of our friends, tore down the door and took away the resident in an unknown direction.

Shops were open until two in the afternoon and then the city went dead. The streets were empty after 4 pm –  no one wanted to experience ‘unpleasant meetings’ with the occupiers. In the evening, Kherson’s residents did not turn on the lights and tightly closed their blinds and curtains so that from the outside it looked like there was nobody home. We felt trapped. We were struggling with constant tension and anxiety.

In Kherson, we live in the district located on the island connected by a bridge to the city centre. One day, a lot of military equipment was brought to the island where there was a shipyard near our house. Every night we kept hearing huge explosions nearby.

At this point we decided we had to try to leave the city.

We tried to flee the Russian-occupied Kherson several times in three weeks, but each time we failed to do so. Every morning car convoys were about to leave the city in the hope that they would be able to break through and get to territory controlled by Ukraine. Once we passed about 50 Russian military checkpoints. We were stopped and our phones, papers and luggage were checked. Men were stripped and searched. However, many people were not allowed to leave.

The point of no return

We almost reached the last checkpoint where we stood in line from 5 am to 5 pm. The Russian military refused to let us go again and we turned back. We were checked again and we barely managed to get back to Kherson before the curfew started. However, this time we did not go home since we were afraid that we would not be able to leave the island because the bridge checks had become much stricter. Cabs were not in service, and there were four of us, two cats and our luggage.

We were hosted by our relatives who lived in the city center. Each unsuccessful attempt to leave Kherson gave us a sense of hopelessness. It was sad to leave behind everything that was so dear to us – family, home, our loved ones – but to live under the Russian occupation was much worse.

Finally, fortune smiled upon us and we managed to flee. The trip was hard, we drove on rural roads for 14 hours, without eating, just drinking water. The main thing was to reach our destination.

Safety – and what I must plan for 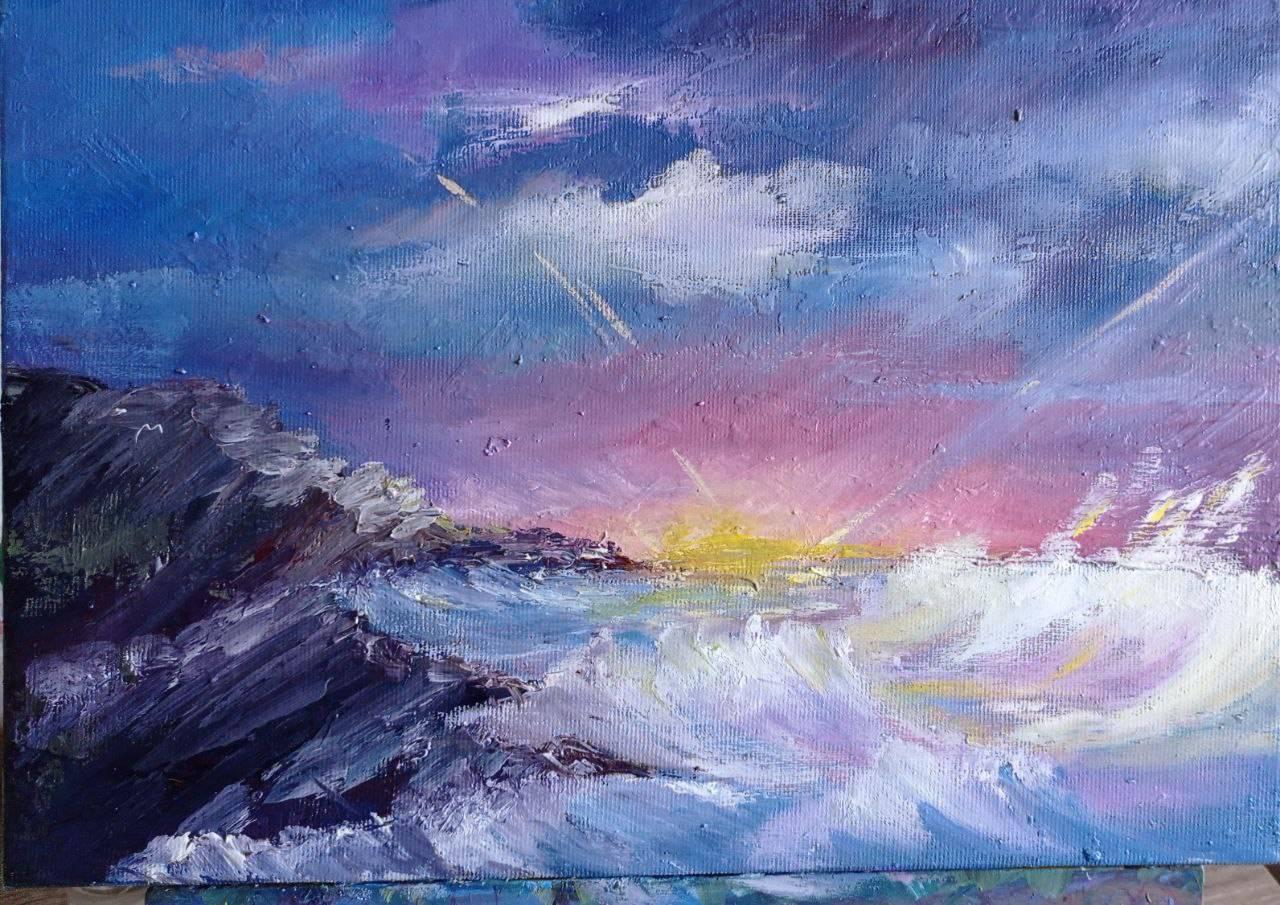 At the first Ukrainian checkpoint, my grandmother broke out in tears, and I couldn’t believe that we were in a free Ukrainian territory. We arrived in Uman (a city located in Cherkasy Oblast in central Ukraine) and volunteers helped us stay overnight at the Orot Hotel, a very hospitable place. The next day we came over to Kyiv.

We need to get back on track. I love my country so much, and I feel it in my heart especially now. I want to be useful, but for this purpose I need to get my degree and become an expert in the field I choose for myself. My country really needs people who can rebuild, reconstruct and restore what was destroyed by the war. And I want to be one of these people. 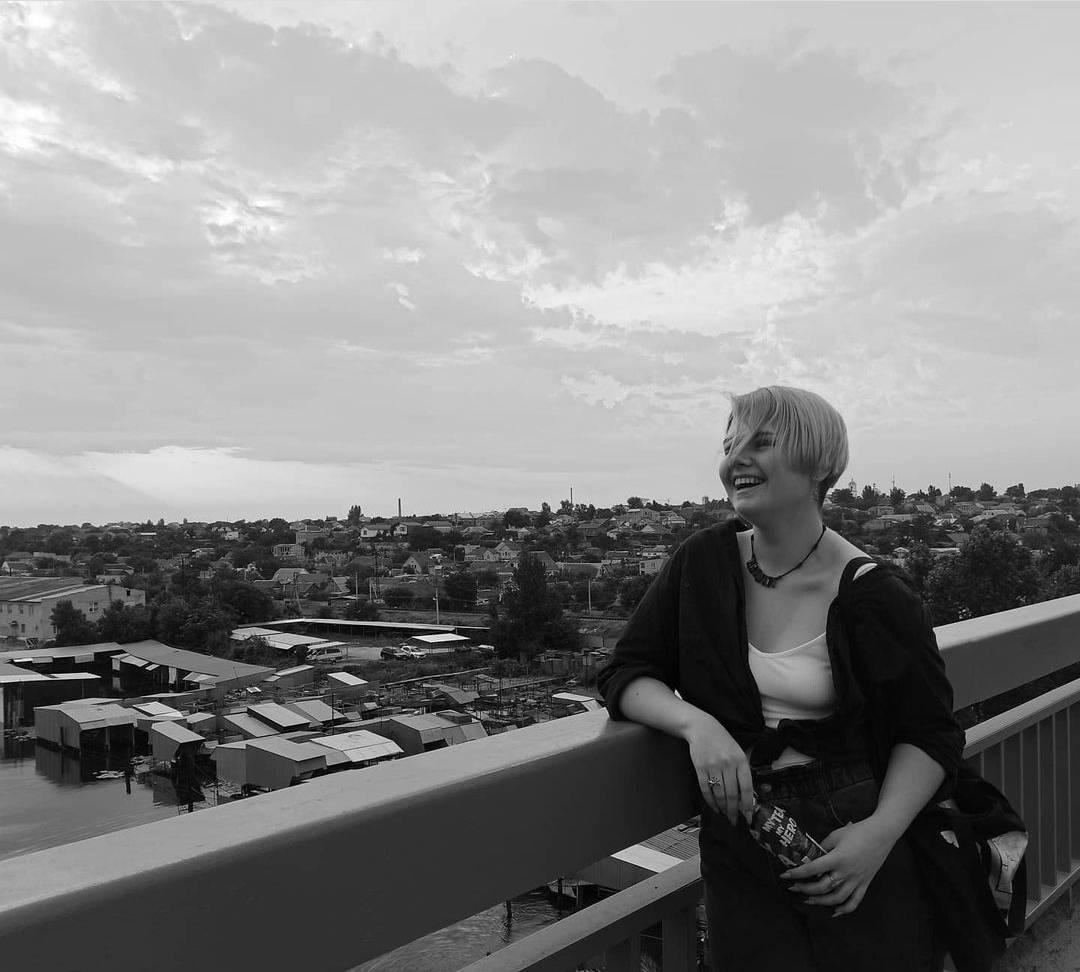 A secondary school graduate, Maryna also finished an arts school in Kherson where she studied composition, painting, drawing, sculpture and art history. She is considering continuing her studies in Europe.

As of 29 May 2022, Kherson is the only capital city of one of Ukraine’s provinces to have fallen during the Russian invasion of Ukraine. During June 2022 there has been fierce fighting in the Kherson region as a result of a Ukrainian counter attack.

Many thanks to Maryna for the pictures and to Anna Azarova, PR manager at the British international School Ukraine for the translation of Anna’s article.

Thank you to Maryna for sending photographs of her artwork 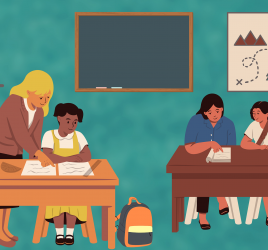 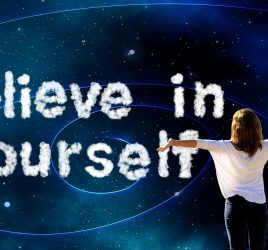