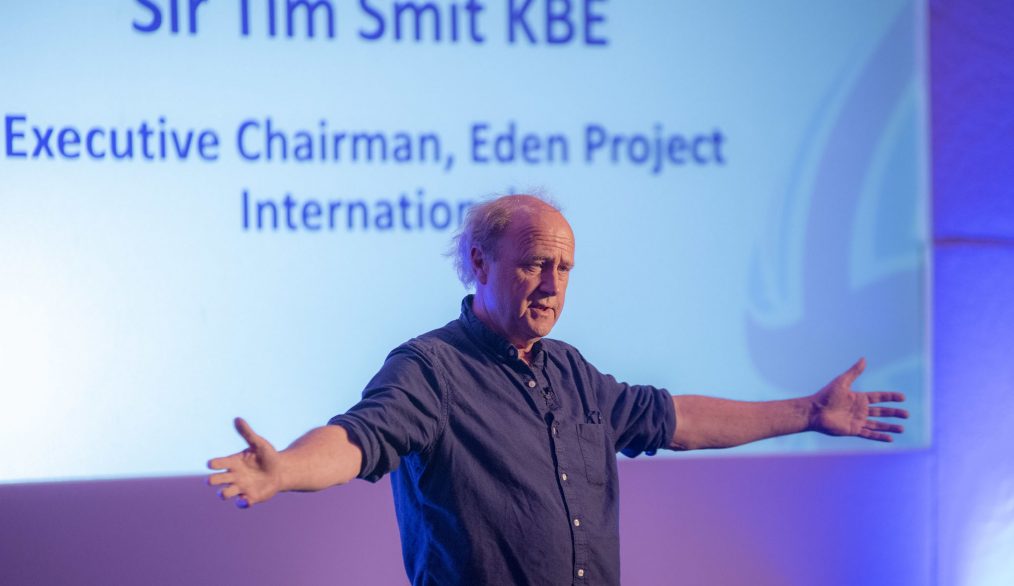 Vision 2030: the future of international education

After the recent Council of British International Schools conference in London, Andy Homden reflects on the growing influence not only of COBIS, but of international education itself.

It’s a mark of the rising star of COBIS (Council of British International Schools) that they were able to attract such a stellar list of speakers to their 38th Conference. If the likes of Sir Tim Smit, Executive Chairman of the Eden Project, Graham Brown-Martin, author of Learning Reimagined (and self-confessed Thunderbirds fan), Professor Tanya Byron, clinical psychologist, broadcaster and writer and Andreas Schleicher, the OECD’s Director for Education and Skills, agree to speak at your conference, people are going to take notice.

COBIS are not defined simply by their Britishness, though of course this remains central to their identity. Their vision is broader, as the theme of their conference (nothing less than the Future of International Education) suggests. In fact, they could have gone further that with their title – this conference was about the future of education itself, as the presentations by two of the plenary speakers, Rose Luckin of UCL Institute of Education, Owen Henkel admirably demonstrated.

All this is indicative of where international education finds itself in 2019, moving out of the wings, towards centre stage in terms of influence and the development of best educational practice globally. Richard Gaskell of ISC Research gave the numbers, stats and predictions that suggest that the march of international education is not about to stop – far from it. National and state systems are certainly taking notice – one only has to look at the profound influence that international programmes have had on the development of initiatives like the Maryland Commission on Excellence in Education (January 2019) to see just what an impact international ideas are having on ‘home-based’ educational thinkers.

COBIS has moved to the vanguard of this movement as an influencer, expanding way beyond its original European origins to become a truly global organisation. The growing popularity of its recently introduced accreditation scheme, the ambitious range of COBIS activities for schools and the prominent role it is playing in initiatives involving international safeguarding, speak to a restlessness that is typified by the energy of CEO Colin Bell and Chairman Trevor Rowell. 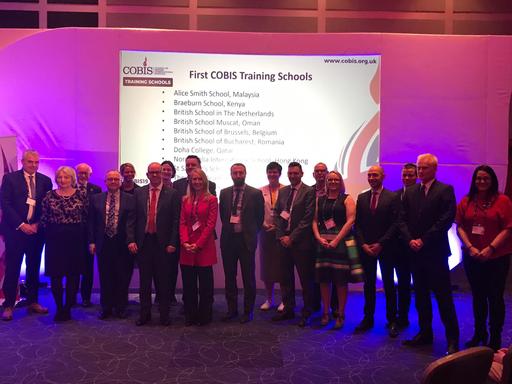 So, it came as no surprise when it was announced at the conference that COBIS was now working with international teacher training providers to establish the first group of COBIS supported Training Schools.  These schools will play an active role in increasing the number of internationally trained teachers, whose professional pathways could lead not only to careers in international education, but also in national systems around the world. According to Bell:

“There is clearly an appetite for flexible teacher training routes in an international context, and an increasing number of UK-based training providers are offering or developing international ITT programmes including PGCE, iPGCE, Assessment-Only QTS, and other tailored courses. We are pleased to announce these new partnerships to signpost high-quality Initial Teacher Training opportunities for international schools as well as working with providers to support them to scale up their overseas provision.”

You just get the feeling that it’s not going to end there. Watch this space. Carefully.

At the conference COBIS also accounced enhanced services with regard for safe recruiting in collaboration with ACRO Criminal Recrods Office. Click Working  in Partnership

International Teacher Magazine (ITM) was a guest of COBIS at their 2019 London conference. ITM is published by Consilium Education, a COBIS Supporting Member, and recognised COBIS consultancy.