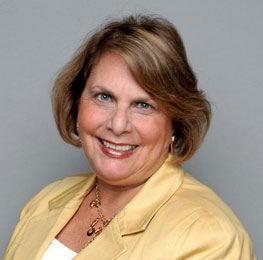 Delice hails from New York, USA. She received a Master’s Degree in Educational Leadership from New York University in 1986 and was inducted as a member of Phi Beta Kappa educational honor society. Celebrating over forty-two years as an educator who has a deep commitment to school improvement, Delice has a wealth of experience both as a teacher and administrator in public, private and charter schools in the United States as well as the Middle East.

In Kuwait, Delice was directly responsible for the development of the middle and high school program for the American Academy for Girls where she served as founding Middle School Principal and subsequently as School Superintendent. During her tenure she was instrumental in developing the new school’s curriculum and responsible for school accreditation by the Council of International Schools (CIS) and Middle States Association of Schools and Colleges.

In 2004, Delice became a founding member of Beacon, a new educational management group in Dubai, which grew to become Taaleem LLC in 2008. As part of the Beacon group, she became the founding Head of the American Academy in Al Mizhar (AAM) a single gender PK – 12 school, serving in this capacity until August 2014. Under her leadership, AAM was accredited by the Council of International Schools (CIS) and the New England Association of Schools and Colleges (NEASC) in 2011. Delice also served as a member of the Taaleem Foundation Board, Taaleem Education Committee, and was the co-chair of the Human Resources Committee.

Mrs. Scotto has taught Educational Leadership both at Eastern Michigan University and the University of Phoenix-Metro Detroit. She has co-chaired joint accreditation visits for CIS/NEASC and participated in the Inspector Development Program upon invitation from Dubai’s Knowledge and Human Development Authority (KHDA), whom she also advised on the subject of child protection.