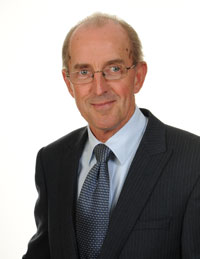 Tony Richards, who was made MBE in 2000 for services to British Education overseas, has specialised in primary and middle years education in a career that has ranged from teaching in the UK to senior leadership positions in Greece, Germany and Malaysia, where he was Head of Primary at the Alice Smith School. At Alice Smith, Tony played a key role in developing the school’s provision from primary into secondary years to become an all-through British International School established on two sites. More recently he has worked in the UK, at Clifton High School, Bristol, a prominent British independent school, where he was both Head of Primary, Deputy Head of the Senior School and the safeguarding officer. He played a significant role as the school prepared for the introduction of boys into this previously single-sex senior school. The expansion project at Clifton involved the “Diamond-edged model” of teaching, an innovative programme in which boys and girls are taught separately in core subjects during Years 7-9 (Grades 6 – 8), a unique approach that allows both genders to flourish academically and socially in a co-educational environment.

Tony was an accredited Independent Schools’ Inspector from 2010 – 2014, and as Clifton High School’s Safeguarding Officer, was responsible for residential school trips overseas, student safety and safeguarding, security and well-being.